Menu
WORK WITH US

It’s always exciting to get to the scaling phase and see large amounts of advertising spend and profits leave and enter the account.

But it’s only fun when the second part of this equation outweighs the first.

Recently, we worked with a furniture eCommerce brand that was already well established within the United Kingdom and had low 6 figure months coming in. Like many eCom businesses, this furniture brand was also struggling to maintain these numbers profitably.

Bing Ads – dominating the market of a fairly untouched platform.

Facebook Ads (Retargeting) – helping stop the leaks from all sides of the bucket, especially with retargeting.

The only real reason why they ended up working with us was that they were dealing with CPPs (cost per purchases) of $100 and above; a number dangerously interfering with their ability to function.

They needed to hit that CPP of $75 or below – and that too, fast – in order to stay in business and continue receiving enough funding for inventory.

One of the biggest issues was that they had been let down several times by other “superstar agencies.”

While many promises had been made, none of those agencies were able to achieve their goal, and a few even messed up their conversion tracking tags, making it difficult to see what they were doing wrong.

The journey seemed one full of hurdles due to all the complications visible but we knew better than to just give up. I decided to partner up with this brand and push my skills to the limit to see what the outcome would be.

Here’s what happened and what we did.

A Strategy for Scaling A Furniture eCommerce Brand to $500k/mo

Scaling with Google Ads for eCommerce brands is a full on art that you need to get right.

An art that requires a lot of preplanning in order to master. And that’s exactly where we began.

If you’ve been involved with Google Ads and eCommerce platforms, you know that the strategy for creating successful campaigns and an overall business has evolved over the years. Today, the most crucial step starts with a thorough analysis of the backend.

The main question you should ask BEFORE spending a single dime is “Is everything set up properly?”

Once you analyze the backend, it’s essential to make sure you understand what has been working best and which products are getting sold, especially if no Google Ads campaigns were ever run. No matter the size of the business, at Yoru Marketing, we always start with this analysis so that we can properly scale the business.

Think of it in terms of a skyscraper. Would you want to live in one that was built on a weak foundation with rusty old material?

Similarly, why would you ever launch and spend valuable budget on a Google ads account which was not even setup properly in the first place?

The furniture eCommerce brand we were working with had some major conversion tracking issues. Our analysis showed us that some of the external apps it had been using for data tracking ended up messing all the codes up.

From this experience, what I realized is that external apps like these can’t be trusted. They might work, or they might end up screwing everything up.

For those using Shopify, we’ve always recommended Simprosys as the go-to for feed and conversion tracking setup. Those on WooCommerce could do much better with Data Feed Watch.

Another thing that was messing up the backend was that the brand owner was looking to redesign the entire website layout, which only increased the conversion tracking mess we found. Just like with any building, you need a strong foundation, or your campaigns will crumble.

Because of the initial backend issues, all of the campaigns they were working on were getting fed insufficient and faulty data, which made it extremely hard for them to know how to optimize properly.

So we had identified the main issues and had a clear plan of what needed to be attacked first before moving forward.

Our next step was to develop the actual shopping campaign strategy and work towards that target CPP.

Typically, when we work with eCommerce brands, like the one we worked with in this case, we use the previous data as a starting point to help us understand three major points:

With this in-depth analysis, our goal is to identify all of the major parts that got the brand to the place it is currently at. It’s important to us to not continue making the same mistakes that led to poor performance or a high CPP.

And plus, it helps make the journey towards a profitable campaign launch that much easier.

Not only do we understand what was already tried, but we also get to look at the most valuable thing of all: data.

We took the time to analyze the data and came to the conclusion that majority of the campaigns were unprofitable because they either were running at too high bids or all of the specific settings such as location were off.

This was a moment of relief for our team.

What had appeared to be a huge mess turned out to be just issues with the campaign settings and overall structure that caused the high CPPs.

It was time for our special 2:1 launch strategy.

The 2:1 establish launch strategy is simple in theory and was designed by me about five years ago. Ever since then, I’ve spent the time (and over $1M) perfecting it and getting it to work.

To put it in simple terms, it’s basically a two smart shopping campaigns and one branded search campaign launch. But it doesn’t work for every kind of store.

The eCommerce brand needs to have some kind of previous data for it to work. Ideally, you want to have at least 50 to 100 orders.

So how does this 2:1 strategy work?

The first smart shopping campaign is targeted with winning products and the second is filled with losing products. Since we’re basing these campaigns on winners and losers, it’s ideal to have at least five products selling with over one to three orders each.

Luckily, this furniture eCommerce brand we were working with had thousands of orders and hundreds of thousands of advertising spend.

We pulled up our sleeves and scoured through over 100 different campaigns to figure out which products were working well and which weren’t.

The good and bad products were found and the campaigns segregated based on this metric. It was time to start and run them to gauge overall performance.

We were blown out of the water with the initial launch because the results we saw were surreal.

This is the exact moment we began our revolutionary BBAK optimization method.

BBAK is a term that stands for bids, budgets, audiences, and keywords.

The strategy is simple. We begin optimization, which should be done every 7 to 14 days, by looking at the bids.

During this phase, we’re asking ourselves the following questions:

These two questions alone help us understand whether the bids should be increased or decreased. If the campaign is spending the full budget, we focus on budget increases versus bids. If it’s not, we increase bids.

And this usually leads us to the second portion of the method: budgets.

We’re trying to understand whether the campaign is profitable or not in this case. If it is AND it’s spending the full budget, we increase it even more.

If it’s not, we decrease budgets and focus on bids.

The third part of the method involves audiences. Now, if you haven’t added any audiences, this doesn’t directly apply to you.

However, for almost all of the accounts, we like to add remarketing audiences to standard shopping campaigns. It makes overall performance better because the campaign has more data to work with.

As for the optimization of this section, it’s a matter of increasing or decreasing bid % as needed.

Fortunately, we don’t have to deal with bids and audiences for smart shopping campaigns as Google takes care of it for us. All we focused on here was the budget.

But the last portion of this method, which is the keywords, is something you need to focus on for standard shopping campaigns.

For standard shopping campaigns, we optimize keywords on a 7 to 14 day interval, basically on the same day as the rest of the optimizations. And we keep our strategy simple; exclude everything that spent over $10 – $20 without a sale.

Once the BBAK method has been applied over a 2-week period, the campaign often ends up in the scaling phase. And this is exactly where this furniture eCom brand ended up.

We’ve been working with Google Ads for years, and it’s important to us that even though this is the most sought-after stage for businesses who want to grow, it is also the easiest one to mess up. If you’re running your campaigns with a “Facebook Ads mentality,” you likely won’t see success as an eCommerce store owner.

When it’s time to scale and you have a strong foundation in your backend, the strategy contains a mixture of budget increases and new campaign launches to bring revenue up. We do this every seven days to keep things stable and continuous.

At the same time we scaled the budget, we mixed in product page improvements and focused on SEO techniques for titles and descriptions. All this combined allowed the brand to increase it’s revenue like crazy during this time period.

Not only did we end up doing £356k (roughly $500k) in a single month, but we hit a CPP that was what the brand owner had wanted.

One of our main philosophies is results over talk.

And with proper dissection of this eCommerce brand and analysis, we were able to outperform our own expectations and deliver what we had promised.

When you really want to scale your furniture eCommerce brand, or any eCommerce industry, then you need to work with the best Google Ads agency out there. At Yoru Marketing, we’ve honed our techniques and strategies over the years to match the niche market.

As a result, we’ve learned how to better scale and utilize Google Ads to its fullest potential, with every client and business we work with.

We’ve set ourselves apart from other eCommerce Google Ads agencies in three ways. First, we run our own eCommerce brands. This means that we know that our strategies work because we test them on our own companies first. If it doesn’t work for us, we won’t waste time trying it on your brand.

Second, unlike other companies, we focus on the important metrics. All of our efforts go into achieving higher ROAS (return on ad spend) because we know the value of your bottom line.

Lastly, we’ve spent years developing a well-rounded strategic approach to every brand. Every brand is different and it requires an unique look.

Plus, success on Google is about more than just ad campaigns. It starts with the foundational backend setup, and we make it our mission to help you get it right from the start, so that every marketing dollar you spend is justifiable and profitable.Are you ready to learn more about how we can scale your eCommerce brand to new heights? Schedule a consultation with us and let us show you why we’re the best in the industry.

Follow us to receive weekly updates on eCommerce and Google Ads tips, tricks, and strategies.

Sign-up for updates from our agency journal. We’ll never send you spam or BS

WORK WITH US TODAY

If you run an eCommerce store doing $40k/mo+ and want us to help EXPLODE your results, book a call by clicking below. 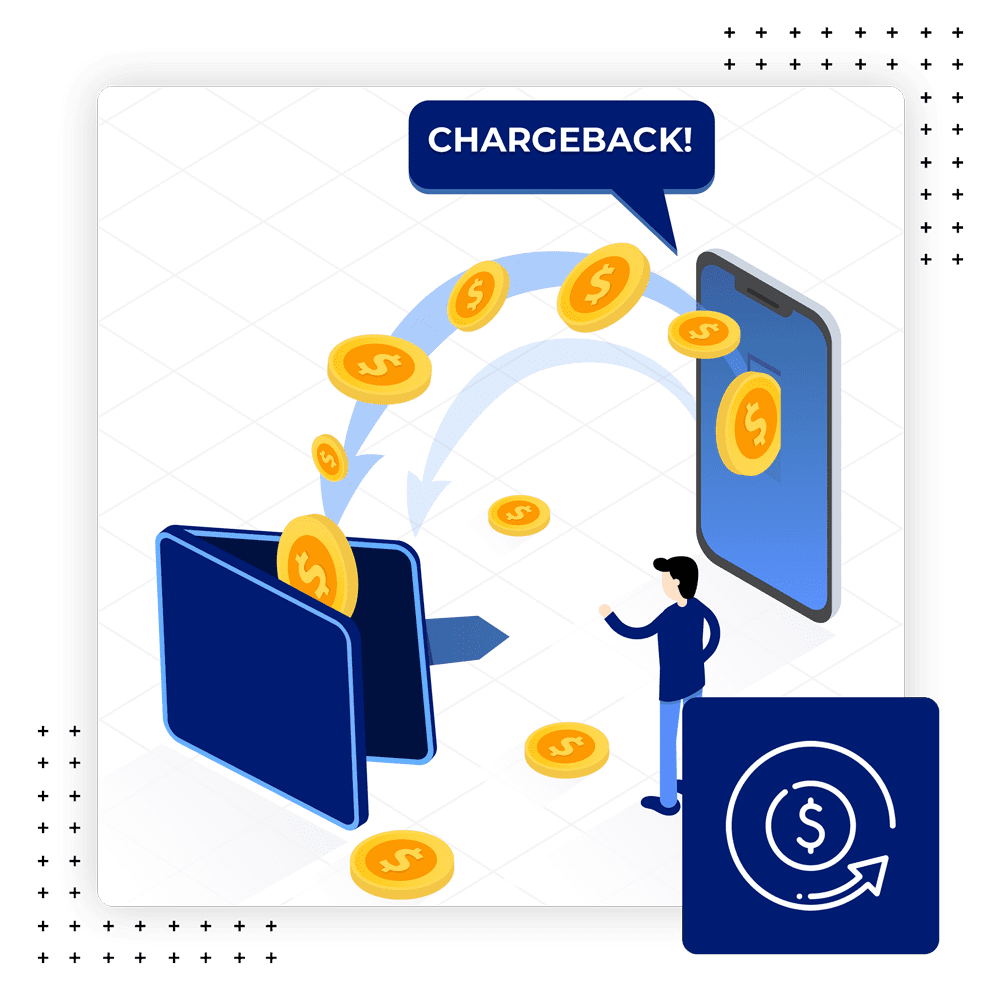 Not At The $30,000 Per Month Level Yet? Scale Now With Our Ultimate Google Ads Course

The Only Google Ads Course You Need To Get More Results For Your Ecommerce Brand. Over 22,463 Followers. Enroll Now.

Get The Course Now